Dubrovnik is a Game of Thrones fan’s ultimate dream. A history-lover’s vacation spot, an art and heritage connoisseur’s getaway place. Unbelievable number of things to do in this tiny, medieval-walled town, with the Adriatic on one side and waves of orange roofs on the other.

FYI:  I haven’t seen a single GoT episode. That should not be your only reason for visiting this lovely city. There are a thousand other reasons to try this drug called Dubrovnik.

After our flight fiasco (read about it here), we finally made it to Dubrovnik airport at 4 PM instead of the planned 10 AM arrival. Picked up our ride for the trip from Sixt – from just across the road. It was hot as hell, but we hardly noticed.. thanks to all the adrenaline of finally making it !

Where we stayed:  Hotel Mlini in Mlini

We stayed in a small town called Mlini, and at a hotel called Hotel Mlini. Ha! It’s a  10 minute drive (or 11 kms) from Dubrovnik. The hotel is newly built, modern yet cosy. On arriving, we had a plate of sweets waiting for us in the room. The room was large, with a sea facing balcony and all the new-age amenities. Parking is in the hotel next door (both hotels are owned by the Dubrobnik Riviera Group). They ferried us in golf carts from one hotel to another! We thoroughly enjoyed our stay here especially dipping in the two lovely pools!

Views from just around where we stayed:

There’s even the tiniest church that I have ever seen, right next door.

So, these are the meals that stood out:

Konoba LANTERNA, Mlini: The parents had a lovely meal here. Mum (in law) gave it five stars. She even got her fix of tea for the day! They recommend the Pileci fine na (or grilled chicken) – it was fantastic. It got super crowded at dinner time and we didn’t find a place. Donc, had dinner at our hotel.

Hotel Mlini restaurant: We had most of our meals here. And mainly went for the buffet. the server and hotel staff are friendly ( althought it didn’t seem like that in the beginning). The buffet was a large selection of international cuisine and a grand selection of desserts. They had a good bar menu too.

The Stradun or the main marble street of Dubrovnik, which isn’t really marble (but limestone), was bubbling with enthusiastic people. We obviously were one of them, walking and clicking away.

It was overcast and cool for a hot day. Despite the weather forecast, we wore our sunscreen and hats -and thank God for that!

Before we get to the meat of the matter, here are some “rules” we made up post our trip, since we are very certain about going back… soon.

Here are the top things to do in Dubrovnik in 24 hours:

Once you’ve adorned that bikini and water flipflops, jump into the many public beaches  or open spots along the coast. Make sure you see signs of swimming – for even if the sea seems calm, the rocks are killer. We dipped in the Adriatic next to our hotel in Mlini. Dry up in your swimgear on the graveled beaches (if you are lucky) or poky ones (and that’s really why the towel). We also took the opportunity to use the 2 hotel pools – a sea water pool and a pool water pool !!

So the wall is a photographers vantage point. Literally. The whole city view with its famed (and highly photographed) rooftops and endless sea is spectacular.

I found a whole lot of resources explaining the walk – here’s one done very well by CroatiaTraveller.

However, in the end, we didn’t walk the entire 2km circuit.Instead, we sat in a tiny cafe somewhere along the wall, with sewing machine stools for tables and sipped on  a very large ‘Special’ juice of 6 fruits. Refreshing.

NOTE: The main entrance to the walls is from the Pile gate. We were told that it isn’t the best way to start your climb to the walls, because it is excruciatingly crowded and has many more steps.We found this entrance instead, which was a far more comfortable experience. However, getting to this entrance is tricky and we just randomly found it. It is behind the entrance to the St. John’s fortress. And this is also from where you’d  enter the Maritime museum. You can even buy your tickets to the wall from here. Zoom into the map below to see where we were.

The cable car doesn’t work on cloudy days! And the folks at the entry point do not say so. So you have to find this little sign stashed in the corner which reads “service temporarily unavailable” in French. And if you find it, go do other things while the weather clears up. That’s what happened to us. We got lucky with the sun and managed to do the ride a few hours later. Again, do it for the view. No more no less. There is a museum and a restaurant and all other tourist needs can be fulfilled atop Srd. But I did it for the top view of Dubrovnik.

I love guided tours  with small groups where you can talk to people and know the inner workings of a city. But, since this was a family trip, everyone had to decide (read argue:)  about doing a tour with a guide. and not everyone was for it! In the end, we did it with Dubrovnik Walks ( you spot them with their red umbrellas). We had a super peppy and very entertaining Antonia as our guide. She told us which bars to go to, tips to haggle, about the wars, about the city. She weaved the history of Dubrovnik and spun a mesmerizing tale for us. And it was lovely. Ask for Antonia especially if hopping bars is your thing.

But if the whole guide thing doesn’t float your boat, just pick up the Lonely planet and head to the city walking tour map and follow it. Dubrovnik is a small city with lots to do, and a plan on how to go about will help tremendously.

Prices: 100 kn per person for the 1.5 hours Discovery walk. *They start from near Onfrio’s fountain (at the Pile Gate)* Here is a link to their site.

The old town is filled beyond belief with tourists. It got a little annoying to be honest. But c’mon beauty is meant to be shared. And all those around you are just as enamoured with the loveliness of the old town and it’s harbour. The main walking stretch is the  300 mts long marble-like, walking street or Stradun, which cuts the city up in the middle, with hills of Srd on one side (North) and the sea on .. almost all sides…  no, on the other side (South). Start at the eastern tip of Stradun and walk towards the west, all the way (of 300 meters) until you reach the harbor. 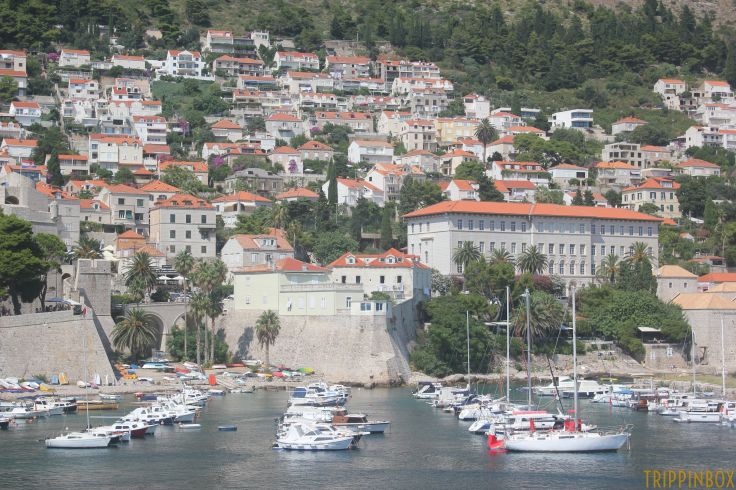 The entrance to Dubrovnik is the Pile gate  (East point) or the place with the big water fountain, also,  where you have a tourist office, from where climbing the wall is the toughest and from where the walking tours begins is your third side and the fourth side or west point is Luža square and the harbour.

The main square has the clock tower, and you will see men and women dressed up as medieval citizens running around! You have the Sponza palace, or what once used to be the customs house. You can identify it with “DOGANA”written on its door. It was shut for a wedding when we went.

And then there was the  Orlando’s column, which was hard to find in the sea of people. I have no photos of the guy!! In the olden days, they used his forearm as a scale for measuring the laktat, a Ragusan cubit or about 51.2 cms.

We then dropped into the St. Blaise church next door.  And stepped back out into the madness. You see, the Luka square hosts an annual music festival in summer and its makeshift seating area had crowded the already chock-o-bloc-with-people place to its limit.

You walk further ahead crossing the many museums that we skipped- it’s an all or none entry ticket, and in 24 hours we didn’t want to spend time indoors. Finally, you reach the harbour, the open place with restaurants and a ton of people selling you boat tours, and yacht trips and everything that means sailing out from the city. But more importantly this is where you find clean (pay as you p) TOILETS. Yes, in bold cos that was important. 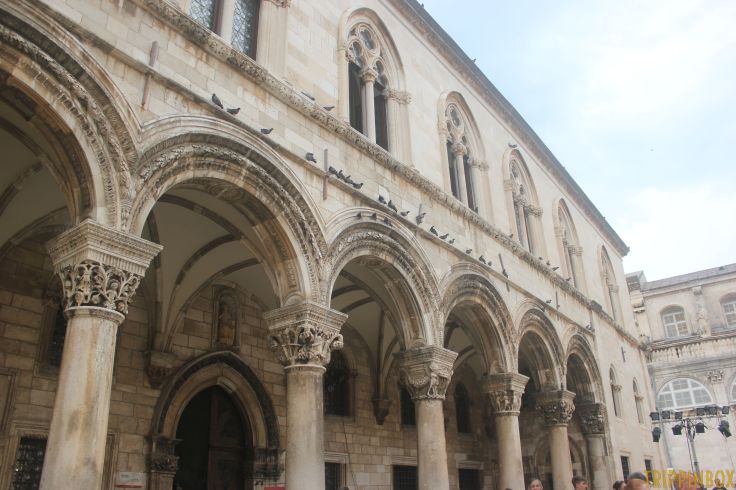 No one can suck at taking pictures in Dubrovnik. It’s just not possible. The city has the right lighting, angle, focus – whatever it is that takes for a professional(ish) picture. So just go for it. 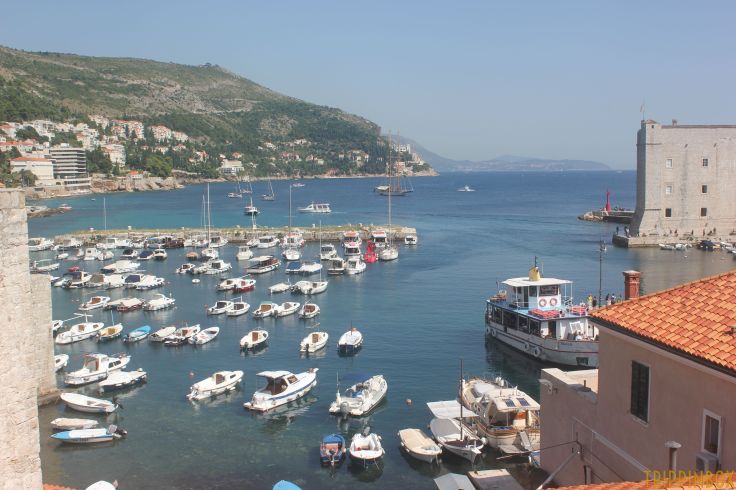 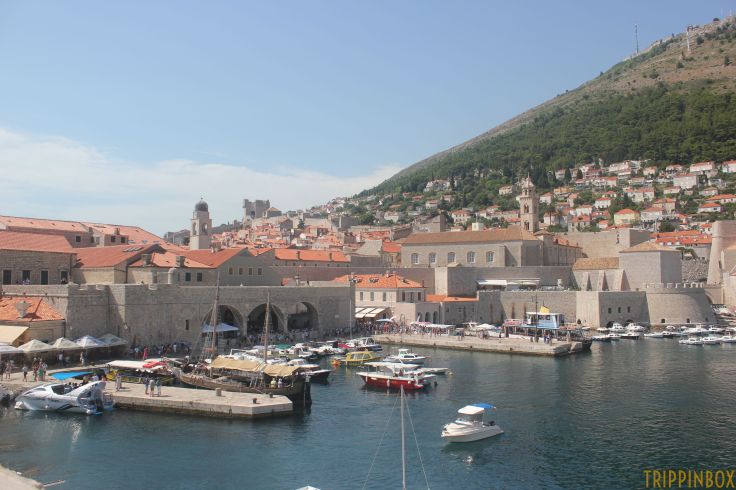 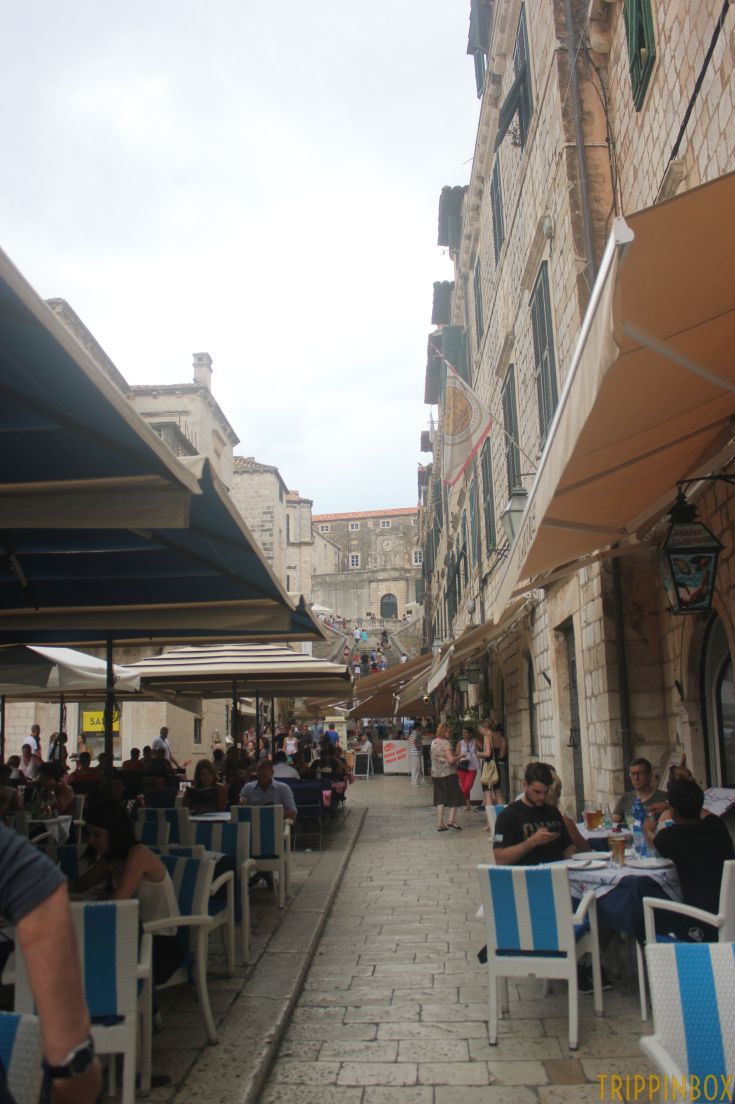 Note: All the pictures you see here have #nofilter. I didn’t temper with the photos except for putting in the watermark. And I am super excited about that. I have zero skills but just love taking pictures. We used the iphone 6, iphone 6S and Canon EOS 550D. The best ones were the iphone 6S versions!

So what do you think?

4 thoughts on “24 hours in Dubrovnik – Chronicles of Croatia”